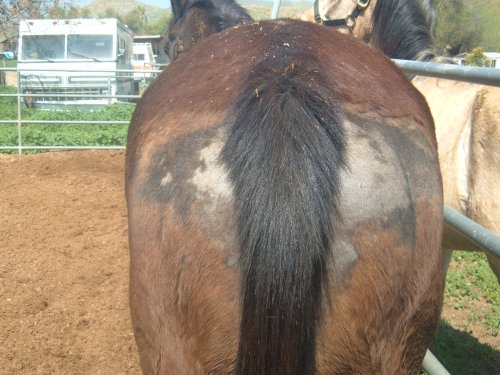 There are a few causes of bottom scratching – pinworm and insect bite hypersensitivity (Queensland/sweet itch) are two of the highest on that list. Here I’ll discuss pinworm.

Cases of pinworm (Oxyuris equi) have been on the increase in the last couple of years. There are a few things regarding the lifecycle of the pinworm that make them difficult to treat.

The pinworm is different to the majority of other worms found in the horse’s gastrointestinal system, in a number of ways:

Fortunately pinworms do not cause damage in the horse’s digestive system like other worms.  However, pinworms can cause severe irritation, sometimes so severe that horses will rub themselves raw around their tail head; this can lead to skin infections and further problems.

Treatment of pinworm needs to be tailored to its lengthy lifecycle. Contrary to some reports, oral wormers are effective against pinworm. However, there is no evidence that worming enemas work to treat pinworm.

Normal worming guidelines should be followed, such as weighing your horse to ensure the correct dosage is administered. Under-dosing your horse can lead to the worm becoming resistant to the wormer.  Good pasture management such as regular poo picking is also essential. Electrifying fences that your horse is rubbing on will also discourage this behaviour. Clean any favourite rubbing spots of eggs as this can be a source of reinfestation.

The take home message is be patient, persevere and don’t despair! 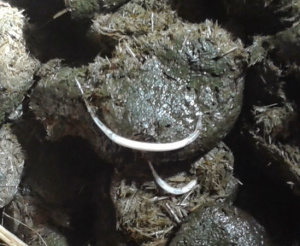 By admin
0
Emergencies – when to call the vet!
Turmeric – what does it do? 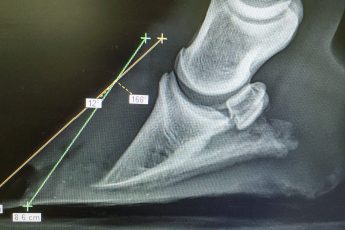 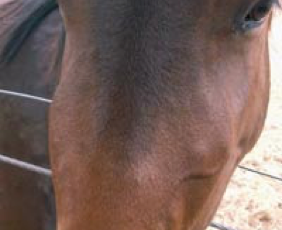 This site uses Akismet to reduce spam. Learn how your comment data is processed.

A place for horse enthusiasts to discover new and interesting information on a wide range of equine topics.

I hope to make you as captivated as I am by all the fabulous things there are to learn about horses and their health.

From opinion pieces on new or current therapies, to tips on common conditions and care, to in-depth and specific research studies that I have designed myself – there’s sure to be something for you to discover!